Here’s our round-up of some of the best events taking place on Korcula Island in 2020. Some of the dates have not been confirmed yet, so we will update you as soon as we know more.

Our tours will start again from the beginning of May. We may also be able to offer amended tours throughout April. So whether you wish to try local food, wine or beer, we’ve got a tour for you to sample the best island products.

Easter celebrations during Holy Week in Korcula are one of the most impressive displays of island tradition. Come and watch the brotherhood processions during the week 6 – 12 April.

Some of Korcula Island’s best restaurants will showcase local flavours and ingredients throughout the Spring Food & Wine Festival taking place during 7 – 10 May.

When you come to Korcula Island, you have to sample some fresh seafood. Throughout the summer Fisherman Nights take place across the island, with mouthwatering mackerel and squid cooked on the grill. In Lumbarda, Fisherman nights take place on Fridays, in Vela Luka on Thursdays and the bay of Brna also plays host for a few evenings in July & August.

The Island of Korcula produces some fine wines and there are several wine events taking place this summer where you can sample a few glasses yourself. The Black Island-White Wine festival will be held mid-July in Korcula Town and showcases wines from across Korcula Island. The Grk Wine Festival takes place in Lumbarda for three Sundays in late July & in August. The villages of Cara and Smokvica play host to Posip Days from late July to early August, where local vintners open their cellar doors for tastings.

The delicious local island meal, Zrnovski Makaruni, is celebrated during a feast day dedicated to this rolled pasta and sauce dish. Taking place in the village of Zrnovo at Atrij restaurant in August (exact date TBC) from 18:00, local ladies line the square rolling makaruni, whilst a tasty sauce bubbles away in huge pots. Come fill your belly!

Traditionally marking the opening of the summer season, the Sword Dance Festival takes place in Korcula Town on 12 June from 20:00. It showcases the island’s three sword dances Moreska, Kumpanija and Mostra. If you aren’t here for this, you can also watch performances of the Moreska in Korcula Town and the Kumpanija in Vela Luka through-out the summer months.

It’s time to come and party on 30 June when Korcula Town celebrates Half New Year. Locals and tourists alike don their best fancy dress outfits and dance the night away to live music and a DJ.

With so many sea-faring people on Korcula, it’s probably no surprise that inhabitants compete against each other to show off their rowing abilities. In June a boat race is staged from Kneze to Korcula and the annual regatta in Vela Luka is held on St John’s feast day (24 June). Come and cheer on the oarsmen to the finish line.

In one of the most spectacular locations to compete, the 10th Marco Polo Triathlon Challenge returns to Korcula Island 24 – 26 April. Whether you take part in the competition or there to support, it’s a fun day out in, hopefully, the sun.

Staged in stunning venues across the island, the Baroque Music Festival returns to Korcula for the 9th time between late August into September. The line up features some of the finest Croatian & International Baroque ensemble and soloists artists.

As a musical island, Korcula also plays host to a couple of Jazz Festivals typically featuring local and international artists. In August you can enjoy the Jazz Summer Festival over a couple of nights in Korcula Town and a similar festival in Vela Luka.

At the beginning of August, the Kumpanija Knights group reconstruct the Battle of Gica in the town of Blato. In 1571 a fierce battle broke out between invading pirates and local people defending their town. You’ll have to watch the battle to find out who was victorious!

Korcula has a long-standing water polo tradition. In August local teams in Korcula Town and also in Vela Luka compete to become each town’s victors. It’s a very popular event which involves a lot of cheering and flag swinging.

Maybe one for the kids, but even adults can get involved during the donkey racing held in Lumbarda on several days during the summer program. Sign up and race for the prize, a prsut ham!

If you’re visiting Korcula during the Spring, you’ll likely you see locals foraging for wild asparagus. To celebrate this delicious vegetable, children from a local school will be serving delicious asparagus dishes and traditional sweets in May (Date TBC) at Plokata Square, Korcula Town.

From May you can taste and buy homemade products by local producers at the Flavours of Korcula event every Wednesday evening from 18:00 in Korcula Town (at the Rotunda market circle). Local products include wine, olive oil and preserves. There is also a Local Produce “Taste” fair taking place in April in Trg Tomislava.

The only brewery on Korcula sees out the end of the season during a 2/3 night beer festival in October. With live music and traditional food to enjoy, you can sample some of the best craft beers produced on the island at Pinjac Pub.

As you can see, Korcula is hosting some fantastic food & drink events throughout 2020. If you’re not here during a specific festival, you can taste delicious local produce on many of our tours.

Are you visiting Korcula this year? What are you looking forward to? Let us know in the comments below.

Pin It! Visiting Korcula this year? Pin this post to your Korcula Board.

Thanks for subscribing! Please check your email for further instructions. 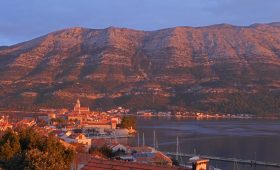 How to Travel between Dubrovnik and Korcula Island 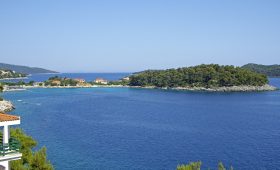 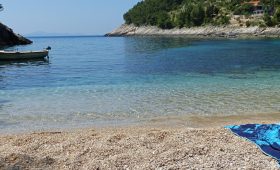 Updates around COVID-19 and upcoming tours